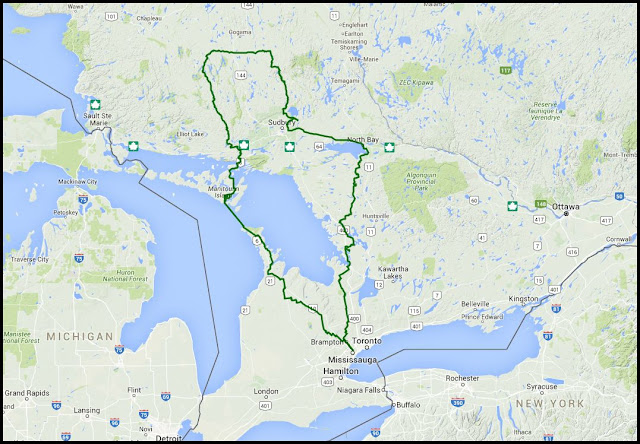 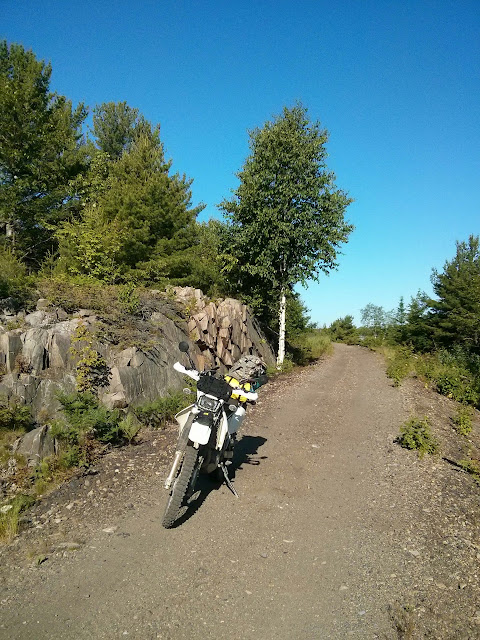 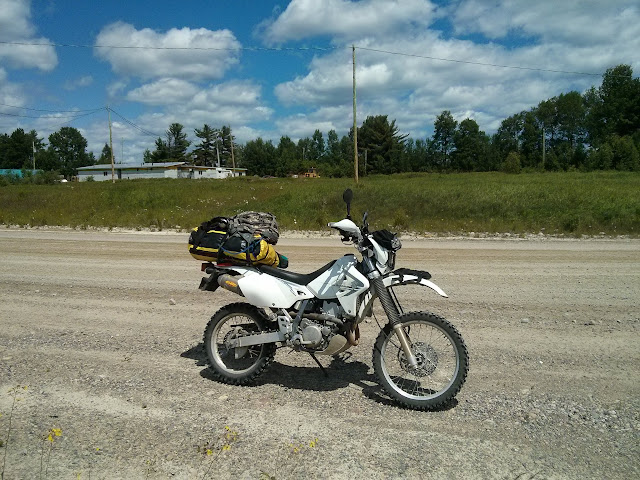 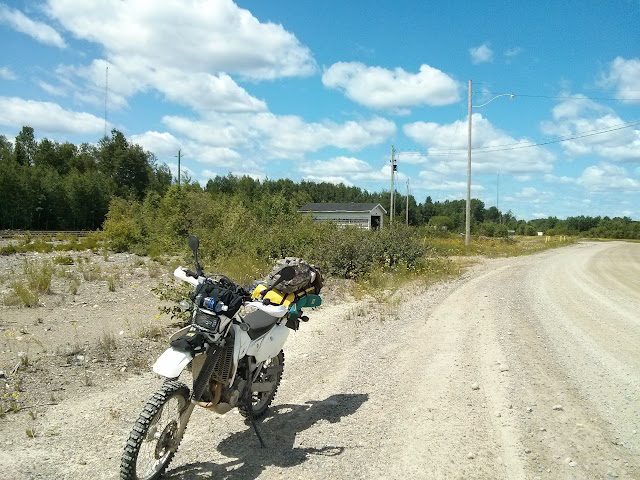 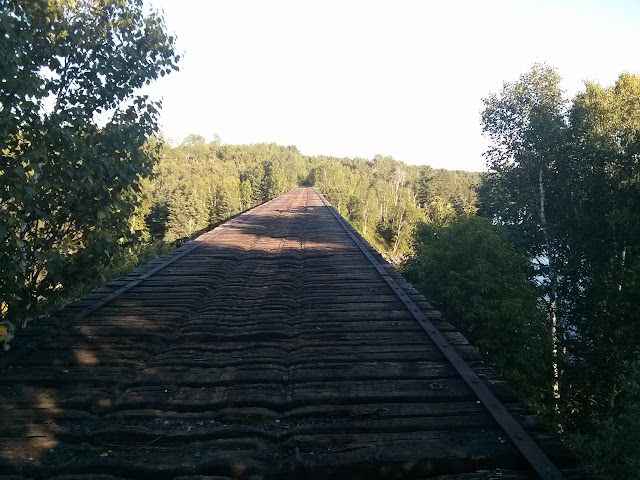 On May 16, 2015, a bunch of us from GTAM got together to ride the Old Nipissing Trail. The following is a collection from the various riders who came along for the day. First off, the overview map: 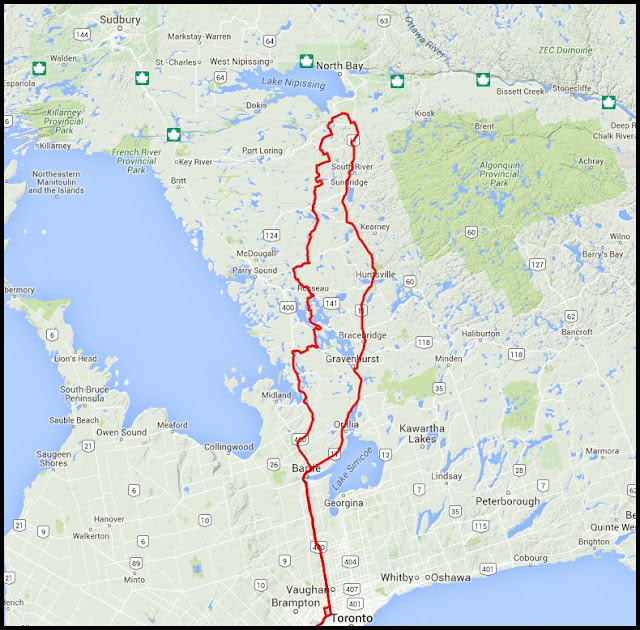 We all met up and slabbed it through Bala and up to Rosseau where the fun began. The first part involved riding a part of the Park-to-Park rail trail which was very wet: 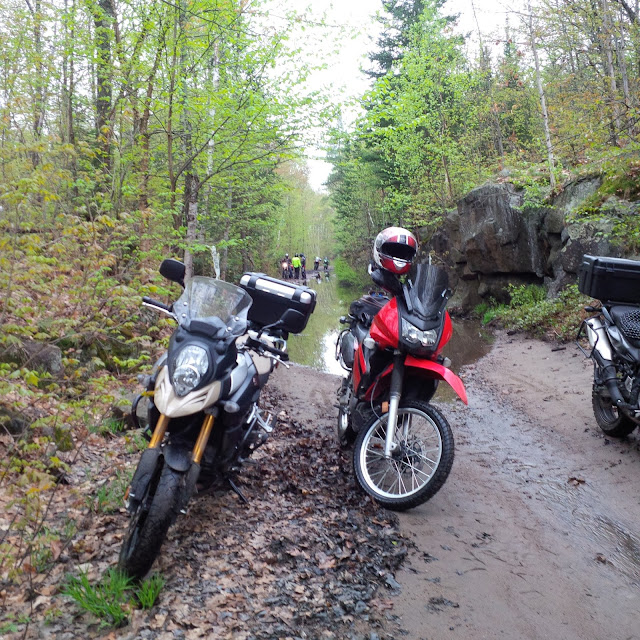 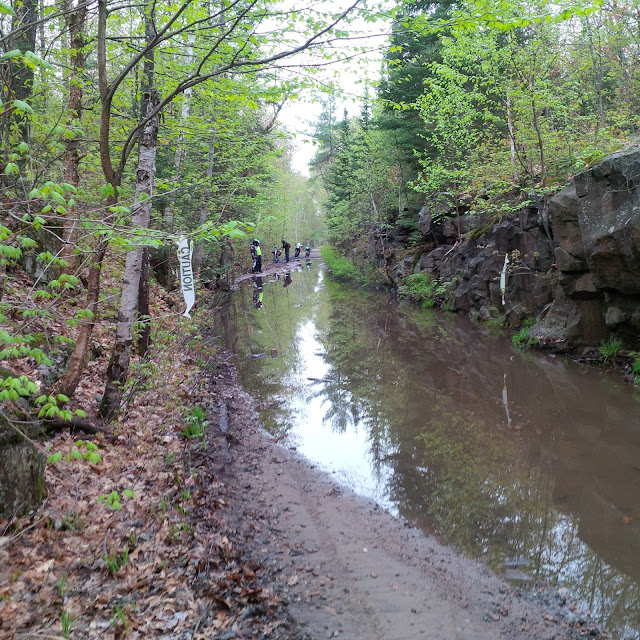 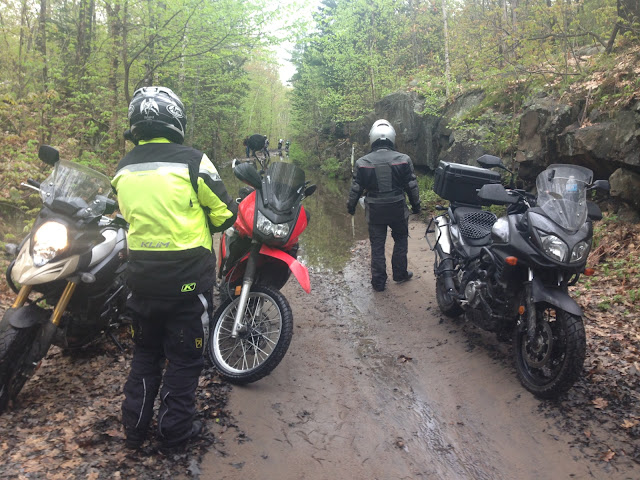 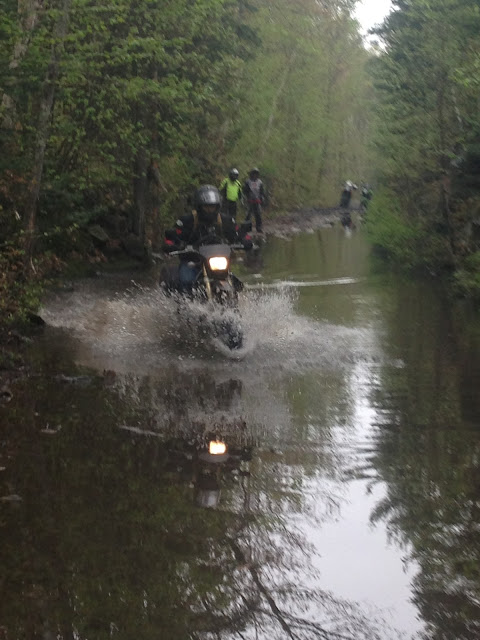 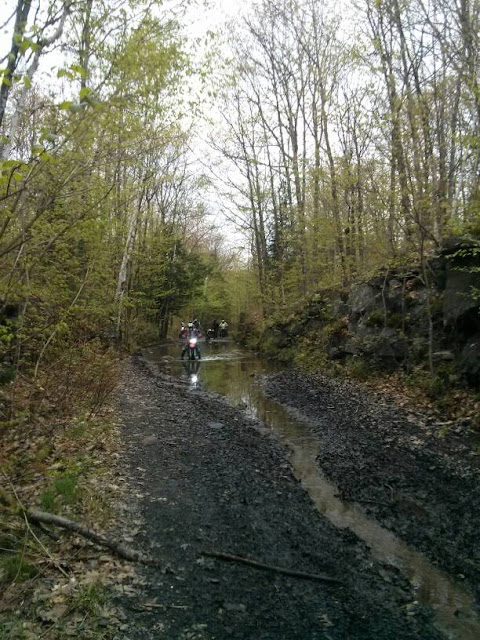 And we even got a video of one of the riders blasting through the water on his DRZ supermoto:

Finally, after that little adventure, we got to the were we could start the Old Nipissing Road 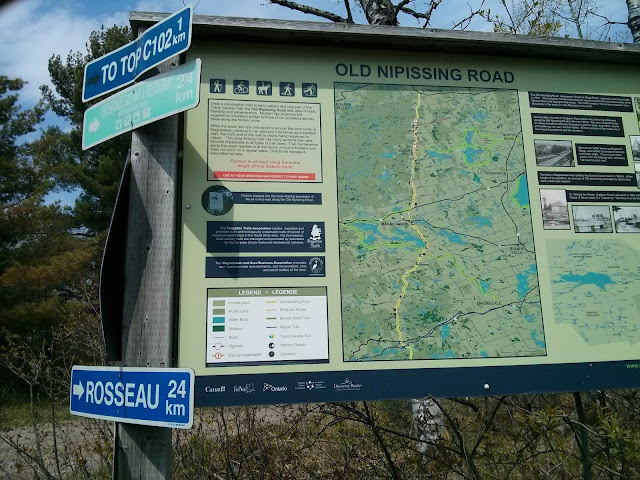 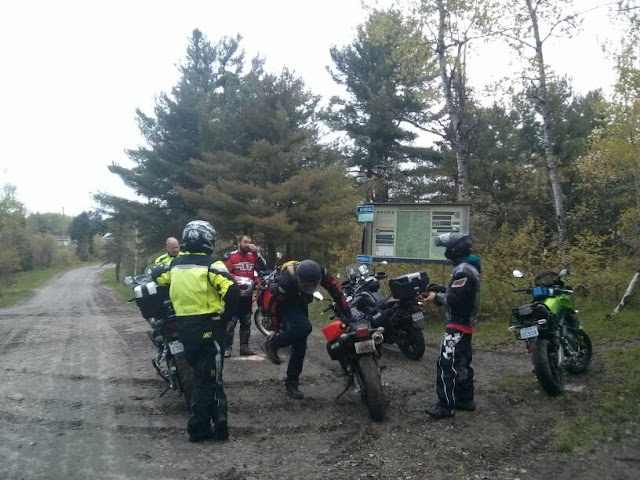 We followed this up to Magnetewan where we stopped at a boat launch for fuel. 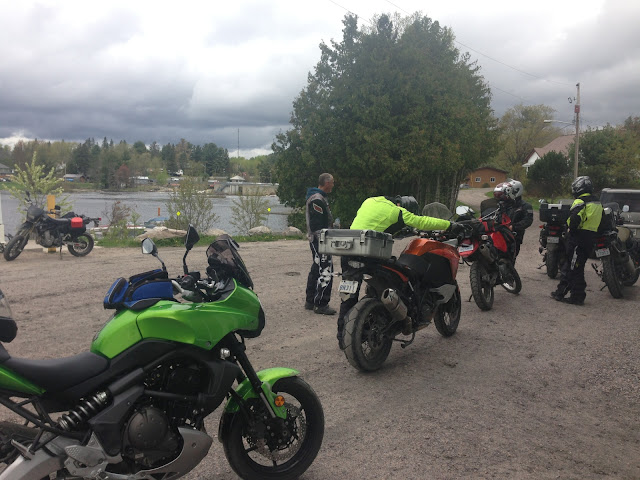 We had a couple turn arounds and alternative routes, but we finally made it up to Nipissing, then over to Pawasson for fuel and slabbed it home.

Can't end off this blog posting with Jeremy (Iceman) on the Nipissing Trail. 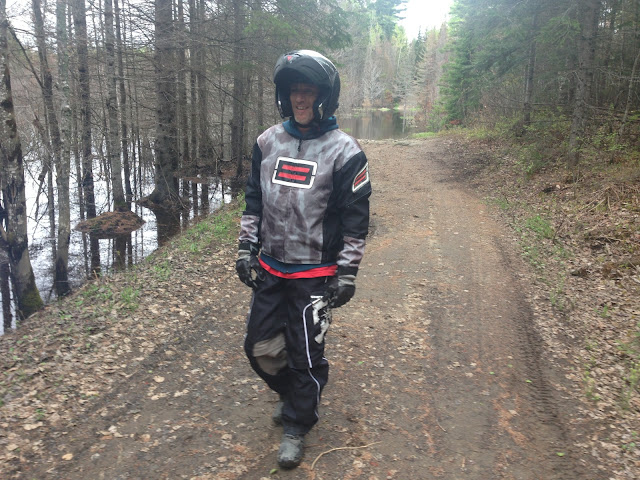