I had a week off so I decided to check out some back roads in rural Pennsylvania. I had some tracks of legal State Forest roads to narrow down my search, then I used the Garmin USA Topo map to simply explore.

I found paths that crossed numerous rivers, roads up and down the mountains. It was a great trip, PA is a great state to ride in. I need more time to explore there. 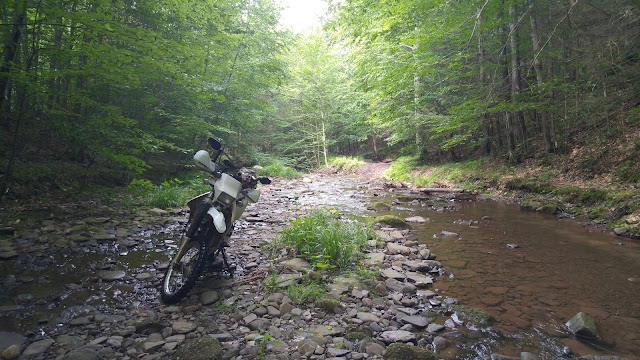 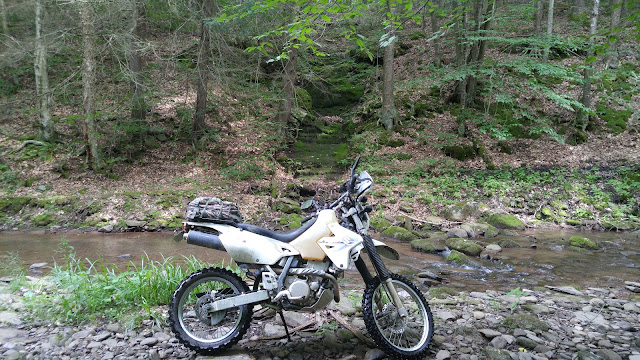 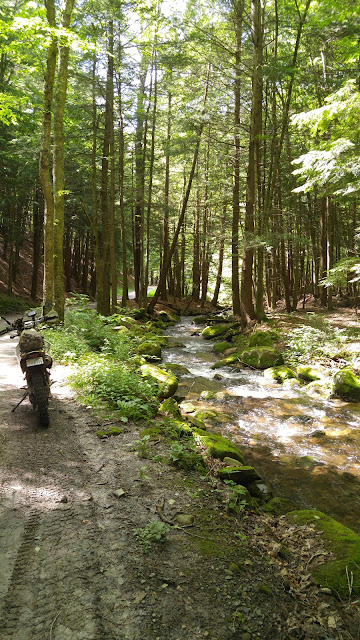 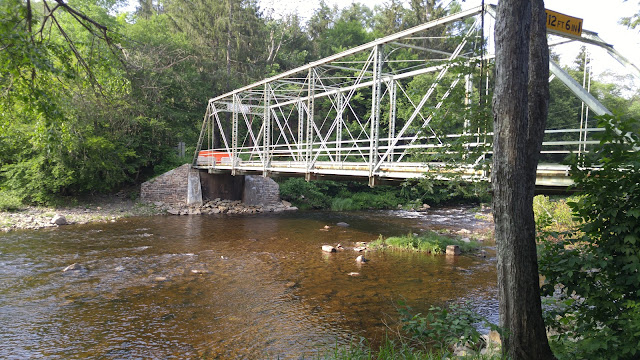 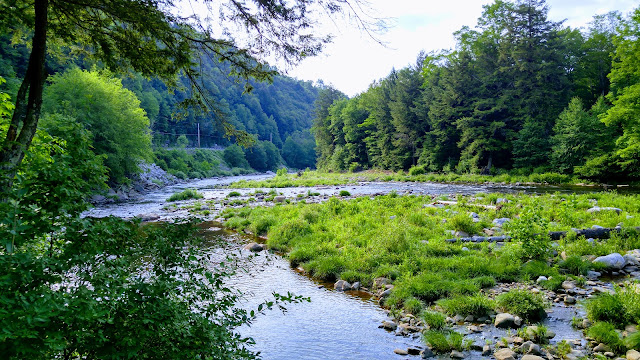 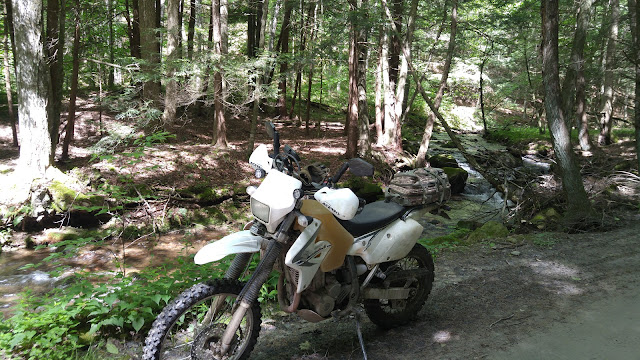 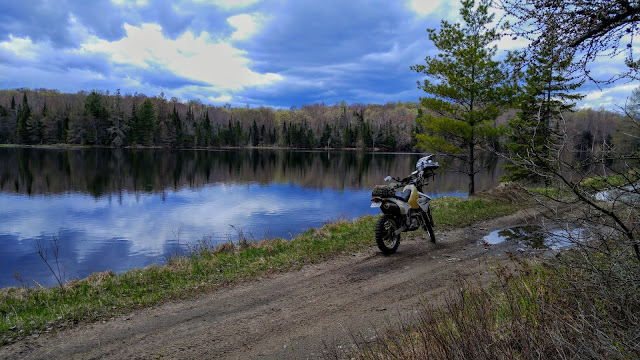 A simple idea for trail-side maintenance.

I saw a post on reddit today asking about how to lift the wheel of a bike without a center stand or bike lift.

I got this idea from Dualsport Bob while out on a tour during which I got a rear flat... take a piece of 3/4 or 1" conduit, cut off the female end with roughly 6" or 7", then cut another piece, put them together and measure against your dogbones to see exactly long they need to be, trim accordingly. 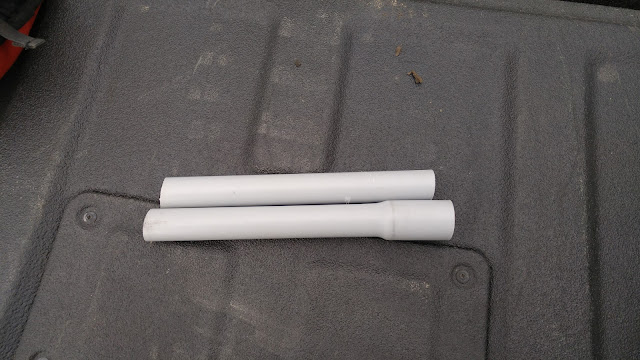 And with those two pieces you can turn your front wheel away from the kickstand, push the bike up on the kickstand, and place it under the closest dogbone... there you have it, a simple, cheap lift for trail side maintenance. 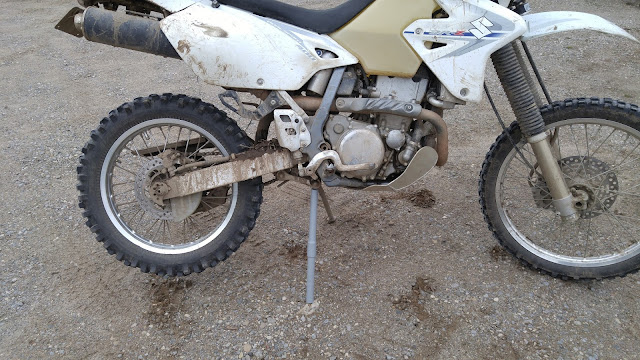 Was going for Creemore, got side-tracked to Bethany.

I ended up waking up way earlier than I intended to, and since there were no responses to my Creemore ride I decided to do the Bethany run instead. It was a tough run... a lot of snow in the forests and a lot of downed trees. Fortunately the ground hasn't completely thawed yet so the mud holes weren't too deep, but most of the ride was done in 1st or 2nd gear due to the slippery conditions. 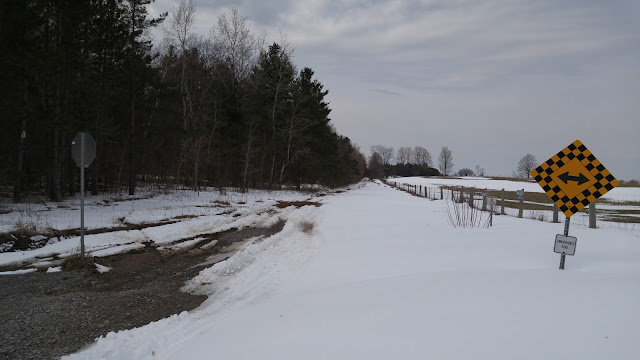 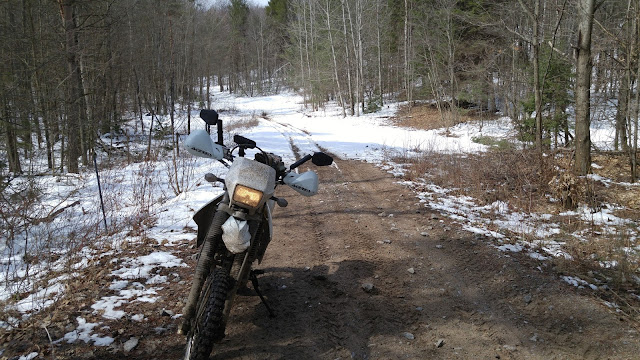 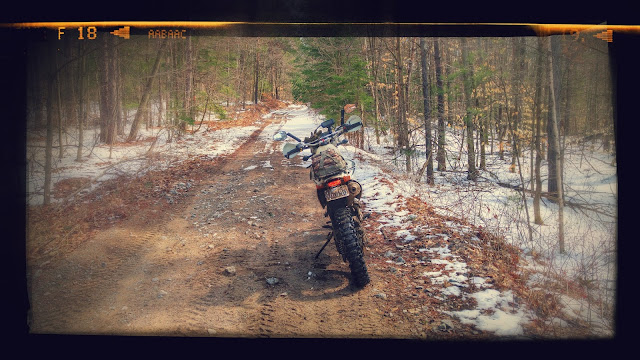