I've been wanting to see New Post Falls up in the Abitibi Canyon for awhile now, but it is so remote I have never found the time. Now I have.

To get to New Post Falls is a bit of a challenge. First you have to drive to Smooth Rock Falls, which is nearly 800km from the GTA. Then, 80km North to the ghost town of Fraserdale where you cross the Abitibi Dam. From there it is 20km of gravel road, and then 10km of a very narrow path with one flooded spot due to a beaver dam, and one hill with some washout -- if you drive a car/truck down this path, it will get scratched from tree branches, and you'd better have a 4x4 to make sure you get through the water and the washout. CAA won't be rescuing you here. We were on dualsport motorcycles, so no problems. We saw tracks from a bicycle, so that is another option.

From the end of the 10km path, you have to hike about 500m down through the forest where you reach the river edge and can view New Post Falls:

This river view was from the 20km gravel road section: 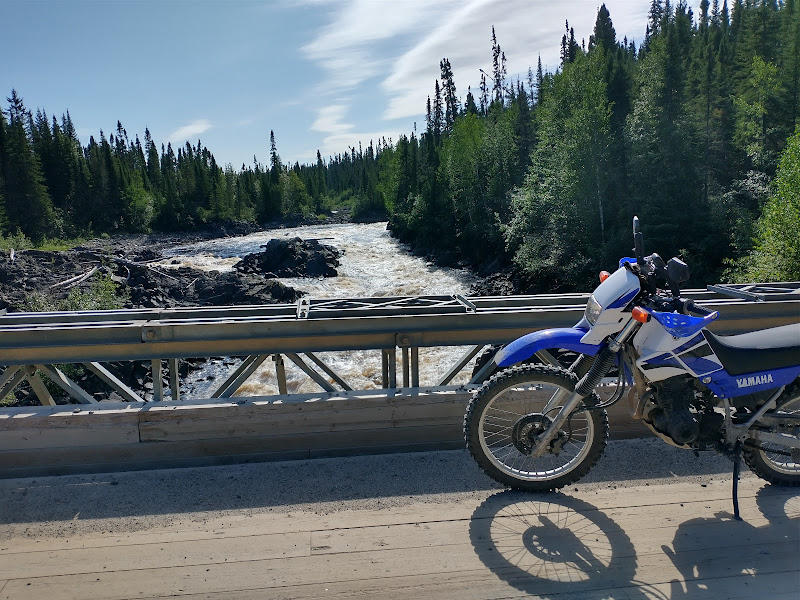 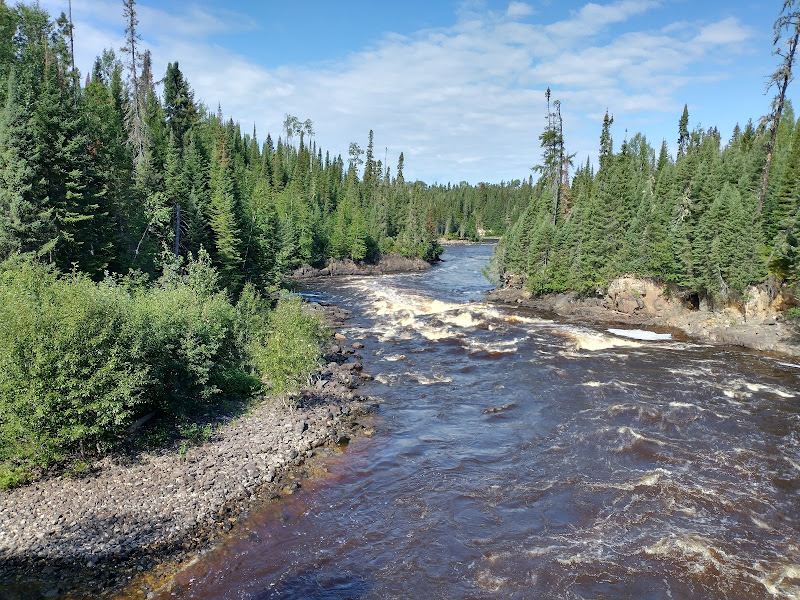 And this is the view of the falls: 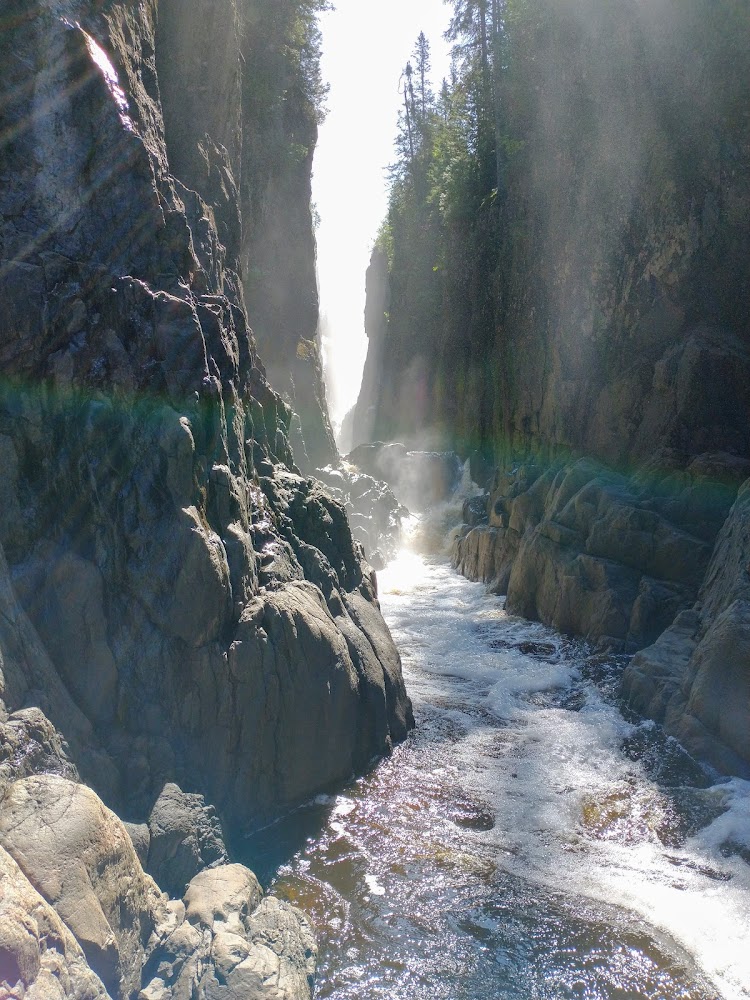 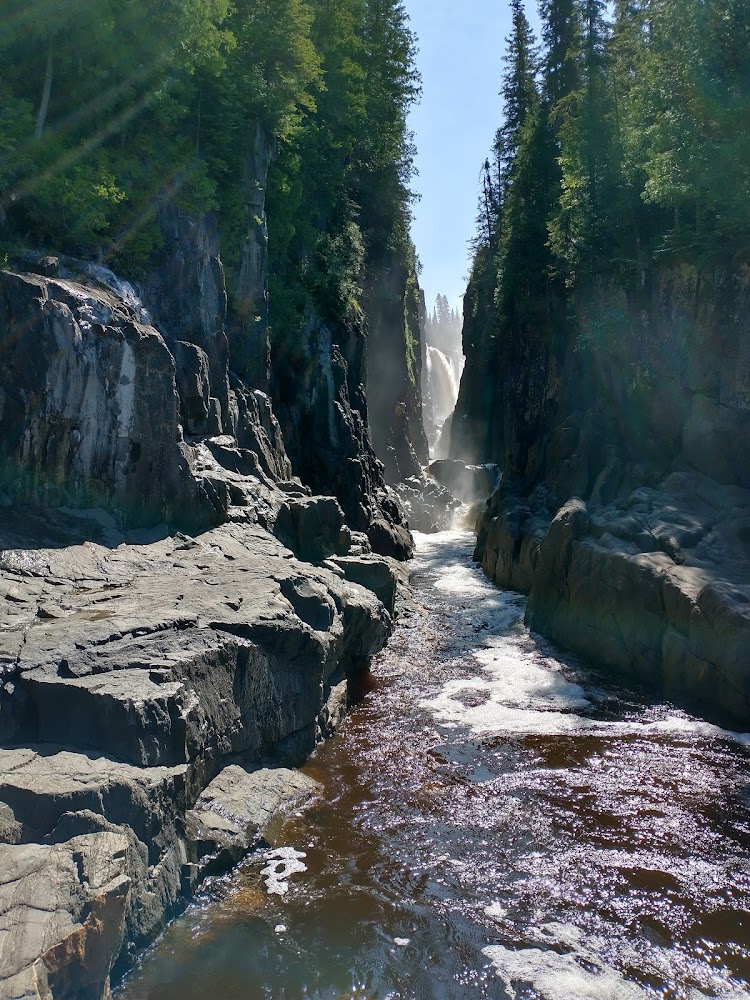 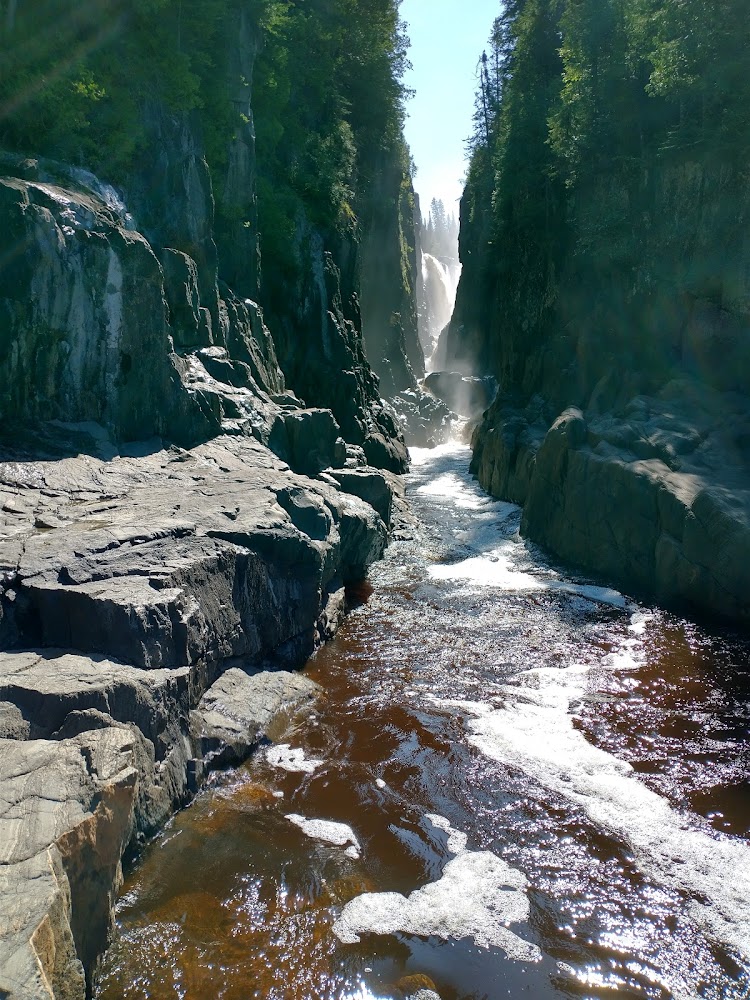 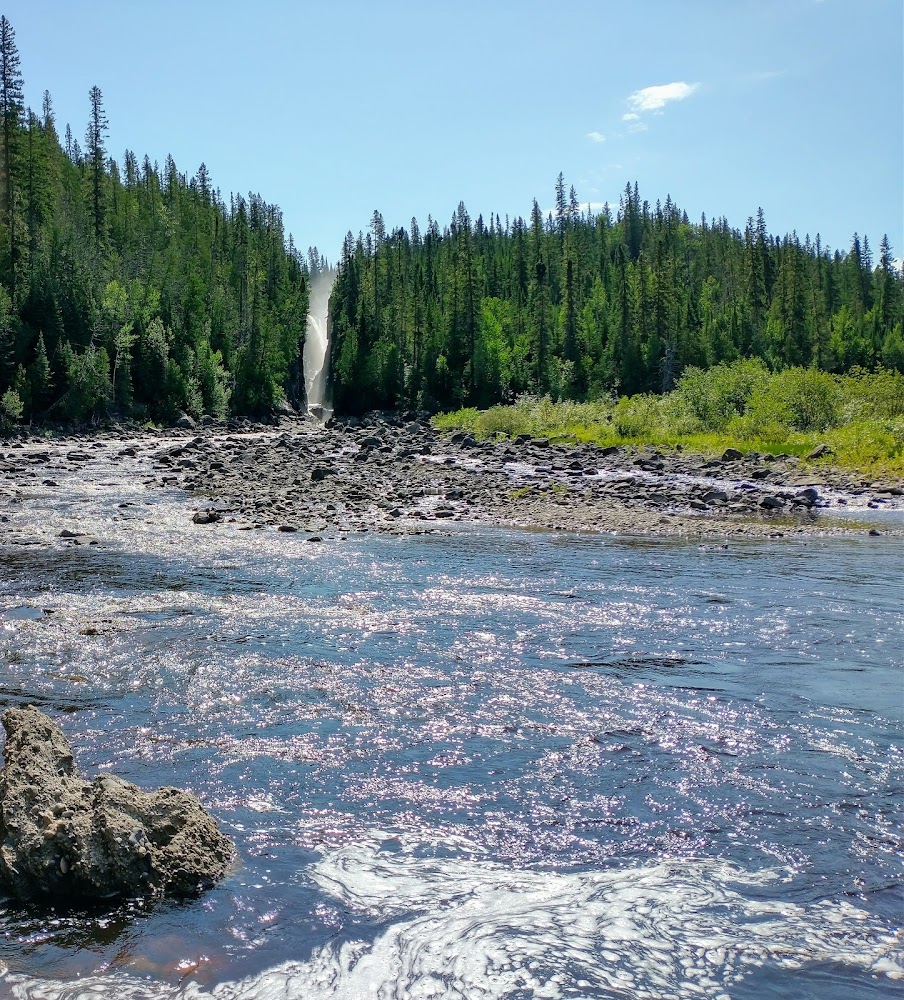 After leaving the Falls, we rode up to Otter Rapids Dam and decided to loop around the other side of the Abitibi River. I really had to trust the GPS on this one, as we had to go down 30km of road that looked something like the following image. If this route had not worked out, we likely would not have had the fuel to back track. We made it through though. 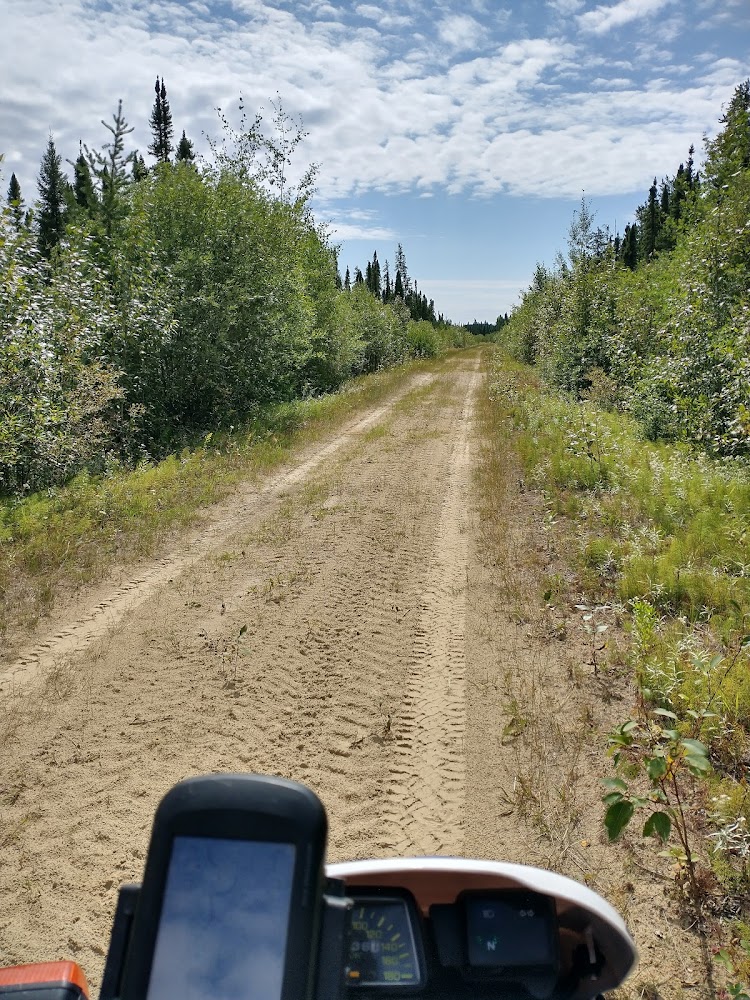 Here is the track we made, the starting point was the Abitibi Dam at the red X: 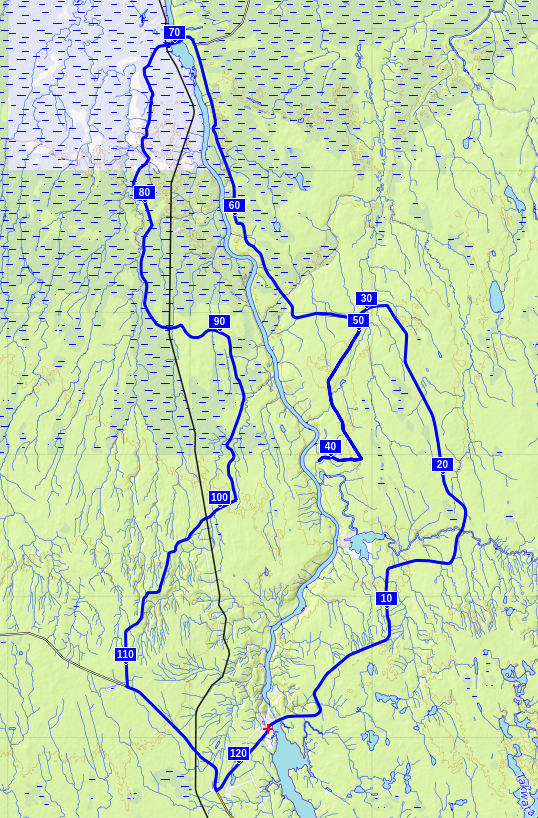 The black line that we crossed four times is the railway track for The Polar Bear Express; the train that runs from Cochrane to Moosonee.
Up near the top, near marker 70, you can just make out the starting of the winter ice road that leads 170km to Moose Factory, a town otherwise unreachable by a personal vehicle.
After this we spent a day riding in the Temagami area, then a bit more near Algonquin Park before returning home.